Blaine, Minn. (July 2, 2019) – The Herb Brooks Foundation would like to announce Lindsey Coleman as the Foundation’s new program director.

Coleman is a Savage, Minn. native, and a graduate of Burnsville High School, where she played hockey, soccer and lacrosse. 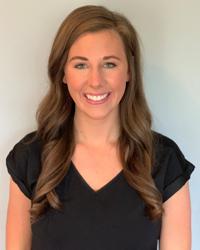 Coleman was a four-year hockey player at Minnesota State University, Mankato, where she played for John Harrington, one the members of Herb Brooks’ “Miracle on Ice” team. She was a WCHA Scholar-Athlete and a member of the WCHA All-Academic Team. She graduated in 2018 with a degree in sport management and a minor in marketing.

As the program director, Coleman will oversee all the Herb Brooks Foundation’s youth programming initiatives, on and off the ice, to help grow the game of hockey for young players.

“I am thrilled to join the Herb Brooks Foundation and the individuals I get to work with,” said Coleman. “I look forward to giving our youth the best opportunities to develop their hockey skills, as well as building good character. It is an honor to represent Herb Brooks and further his legacy.”

“Lindsey’s strong background in hockey will be a huge asset to building our programs to touch even more youth players,” said Herb Brooks Foundation Executive Director Jon Cherney. “It’s important for the Foundation to teach the game the right way, so kids grow to love the game has Herb did.”

About the Herb Brooks Foundation

The Herb Brooks Foundation is dedicated to growing the game of hockey and giving the game back to the kids. Founded in 2003 by Dan Brooks and Kelly Brooks Paradise, Herb’s family and friends created the foundation to preserve his legacy by continuing his life’s work of growing the game by “making hockey fun for kids and letting them learn to love the game the way we did.”

The Herb Brooks Foundation is based in Minneapolis-St. Paul, Minnesota. The Foundation has offices at the National Sports Center in Blaine, where they manage the Herb Brooks Training Center at the Super Rink, a dry land hockey training facility that fulfills the priority that Herb Brooks placed on dry land training.