Nelson, one of seven seniors on the team, was presented with the Herb Brooks Award after the game. Taylor had three goals and two assists in the three games played  earning the Cloquet-Esko-Carlton 2nd place in the tournament.

“I wasn’t really expecting it,” she said. “It’s an amazing award. Herb Brooks is someone to look up to, but I couldn’t have done it without my teammates.” 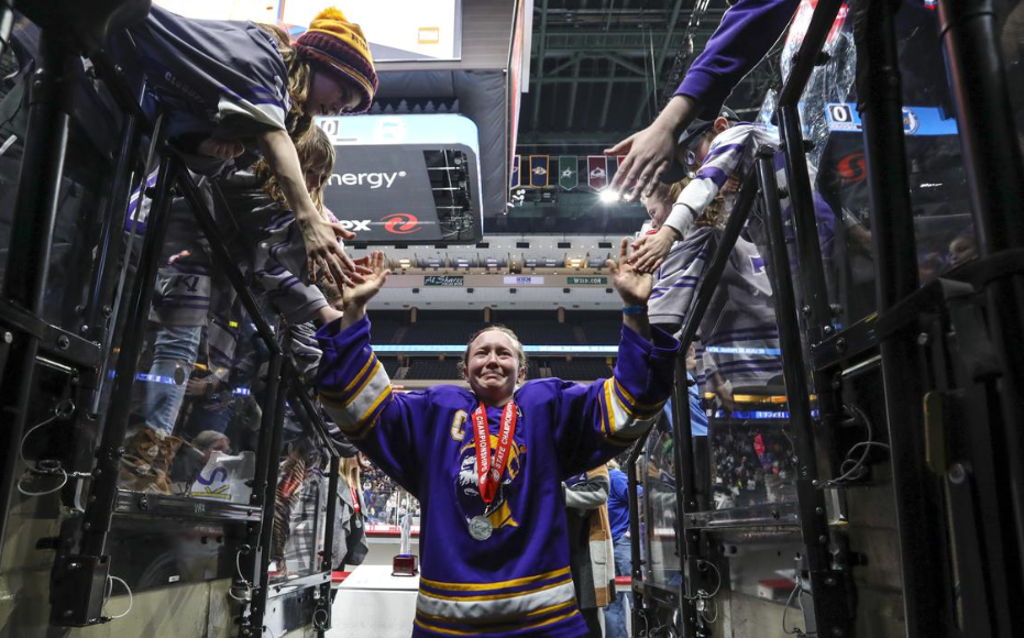 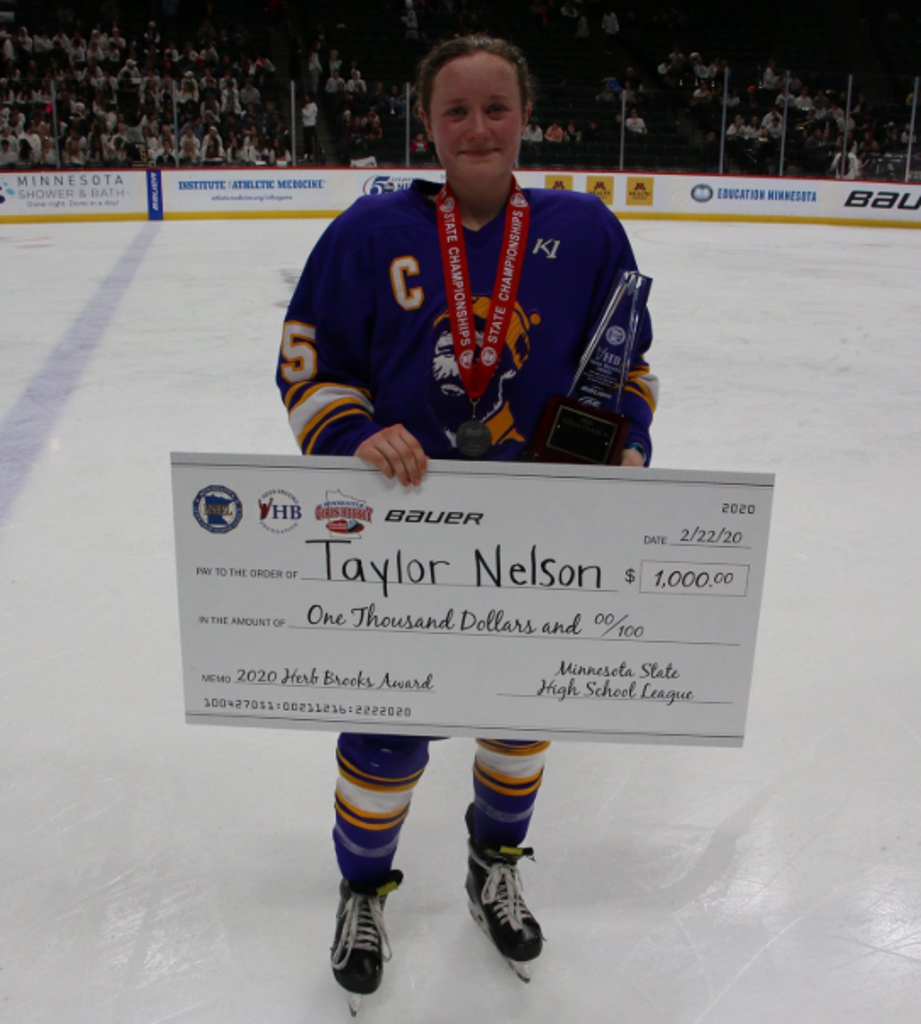 Roseau’s senior Anika Stoskopf received the Herb Brooks Award for Class 2A “given to the most qualified hockey player in the state tournament who strongly represents the values, characteristics, and traits …” that defined the legendary 1980 U.S. Olympic team coach.

Anika had 60 points in 31 games played on the season with 23 goals and 37 assists.  In the state tournament, she had two assists against Minnetonka. 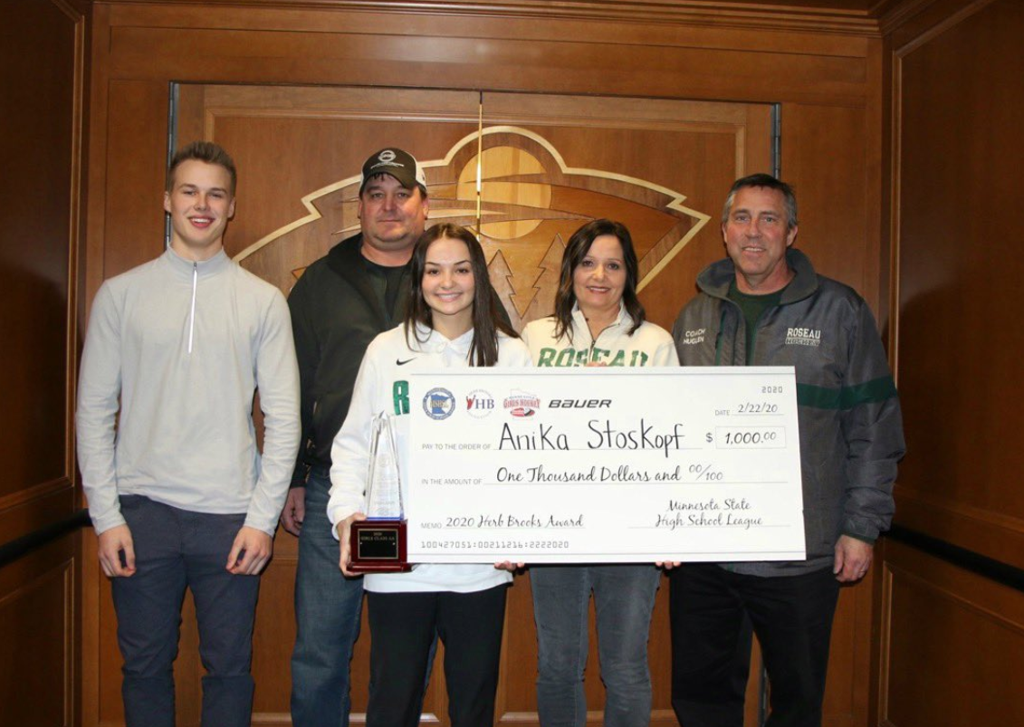 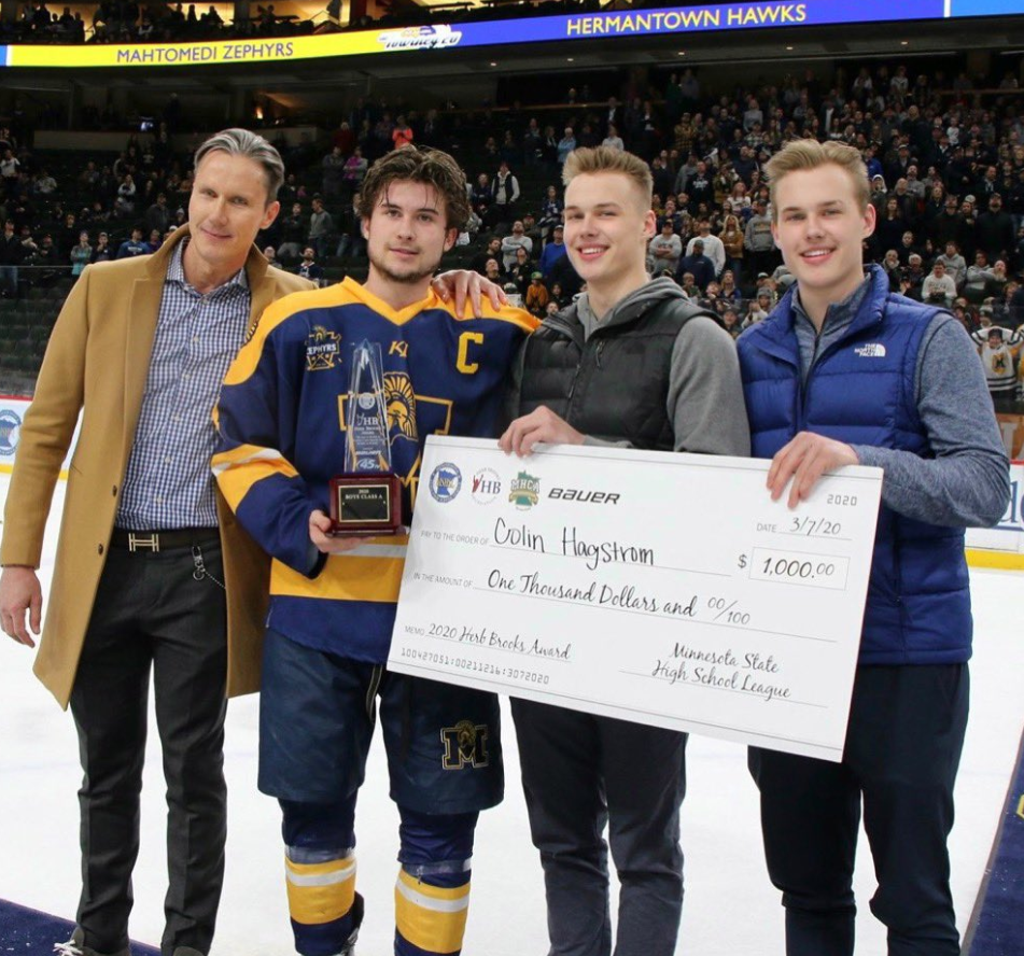 In mid-December, Colin Hagstrom was told by doctors he might not play hockey again this season. The diagnosis didn’t account for Hagstrom’s tenacity. Or grit. Or lack of quit.

“I just told myself there was no way I wouldn’t come back,” said Hagstrom, a Mahtomedi senior who crashed into the boards and broke his leg in a Dec. 10 game against Monticello.

“When he had a boot on he was shooting pucks, he would come over to the bench and he would lean over the boards and ask someone to pass with him,” Mahtomedi coach Jeff Poeschl said. “He was involved with that broken fibula the whole way. I don’t know if he was more excited when he stepped on the ice or if we were.”

Hagstrom, senior forward who delivered the game-winning goal against Hermantown, and had three goals and two assists in the tournament, got the award presented by the Brooks family.

“The Herb Brooks Award is a snapshot of Colin,” Poeschl said. “He persevered.”

The Bears took 3rd place with the help of  senior defenseman Will Svenddal who was named the winner of the Class 2A Herb Brooks Award. Svenddal grabbed the tourney spotlight Thursday when he scored six points in the Bears’ quarterfinal victory over Maple Grove and added an assist against Eden Prairie. 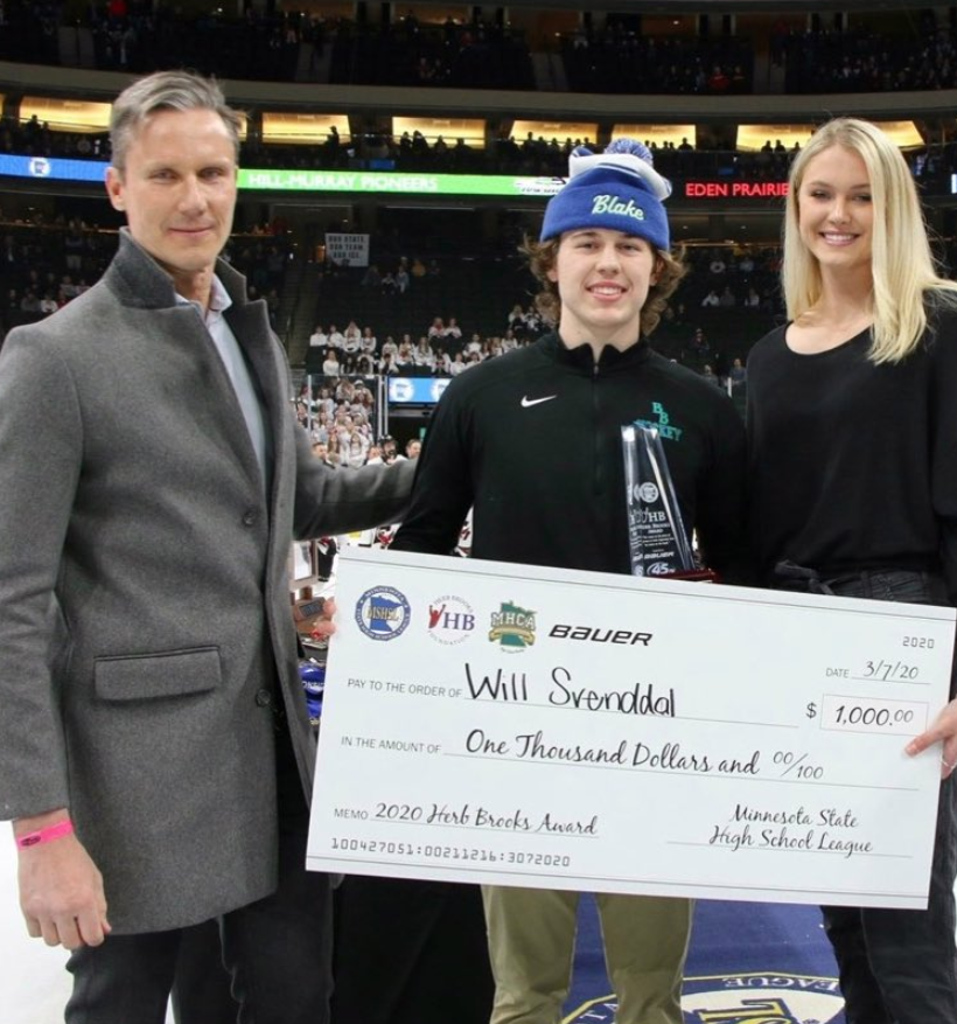 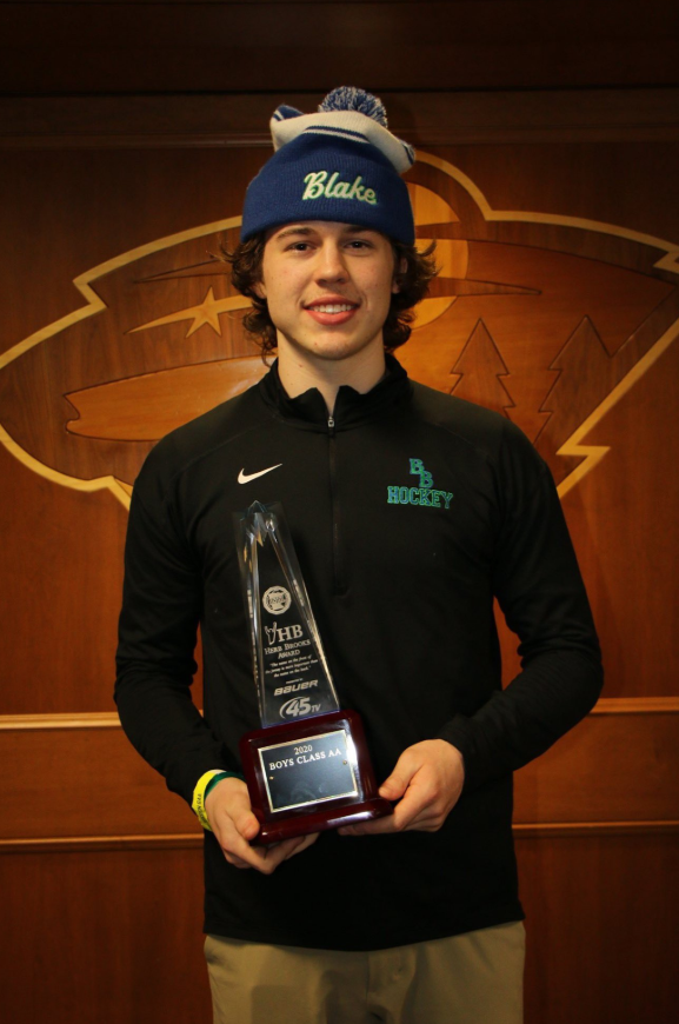