Blaine, Minn. (April 20, 2021) – The Herb Brooks Foundation is proud to announce that Aubrey Keenan and Devin Lay of Minneapolis, Minn. has been honored as the winner of the Mark “Worky” Workman Perseverance and Character Scholarship Award.

Aubrey Keenan has been playing hockey since she was 4 years old. She has participated in the Herb Brooks Foundation clinics and after school programming. Truthfully, Aubrey had been a reluctant participant right up until the moment she put her goalie pads on at the age of 9. There, her vision and love of the game grew with every puck she stopped. Aubrey has found her passion for hockey through the critical role as a goaltender, which came naturally because she is supporting the team instead of acting as an individual star.

Aubrey is proud of her teammates at New Directions youth hockey, and as they learn the sport, she has gained valuable experience seeing a lot of shots during the game. Aubrey is a solid, dependable teammate who can be counted on to support her team, many who are new to the sport. All her teammates from New Directions youth hockey come to the ice with encouragement and determination, despite the odds.  Aubrey dedicates her on and off ice time to building both physical and mental gamesmanship.

Off ice, Aubrey shares the responsibility of caring for three generations of family members with disabilities. She joyously includes her family members in hockey and spectating adventures with her team. She also supports her sibling participating in MN Special Hockey, and has encouraged her aunt to join next season, ensuring the sport of hockey is not limited by physical ability. Aubrey is also a camp counselor. In that role she is supporting youth to experience and explore the outdoors, many for the first time. Because of her experience in making a joyous and accessible space for her aunt and family members, she can do the same for the youth in her care during the summer months.

Aubrey is a volunteer in her community and a very active participant in Girl Scouts and her middle school leadership programs. As she made plans for how to get support for her summer, goaltending experience was at the heart of this. Without the support of the Mark Workman family and the Herb Brooks Foundation, Aubrey would be unable to participate in goalie specific training. This will be her first chance to receive coaching that is specialized for goaltenders. It is a gift for a young woman that is always giving to others.

Devin Lay has been playing hockey with New Directions youth hockey for the last 5 years. Devin started playing hockey when he was a little older, he started at 10 years old. Like Aubrey, his passion for hockey started from the Herb Brooks program that was offered to him as an after-school class option, skating at a local outdoor rink. From the first time he put on skates, he was hooked. Devin was a skater his first year, however, his second year he wanted to play goalie and he quickly fell in love. Devin was spoken intensively for a North News article that was written on New Directions last year. He has been goalie for the past 4 years and plans to play goalie for MPLS Hockey for the ’21-’22 season, where he will be the only player from a North MPLS school to be on the team.  Devin is also excited about “breaking barriers” for hockey, as there is only a hand-few of African American players in the NHL, he says. “Hockey is for Everyone” is a phrase he uses often.

Devin has enjoyed playing with and uplifting his teammates. His teammates love having Devin be a part of their team.  He is also there for advice, encouragement, to put a smile on your face and to stop shots. Devin would not be able to play hockey if it were not for New Directions youth hockey.

Devin is currently a freshman at North Community High School where he is a 3-sport athlete. Devin is an understanding and patient person.  He is currently a peer coach for the MN Chiefs spring team, and he has been a peer mediator/mentor in his school the last couple of years.  Devin is someone that people around him look up to for motivation and support. Devin grew up playing sports in the Park and Rec Board and now he is giving back.

Devin is excited about the opportunity to attend a goalie-specific camp where he can work on and learn more “tools of the trade”. Devin would not be able to participate without help from the Herb Brooks Foundation and the Workman family for the scholarship they have established. Devin and his mom would like to thank the Workman family from the bottom of their hearts for giving Devin this opportunity to grow as a hockey player. 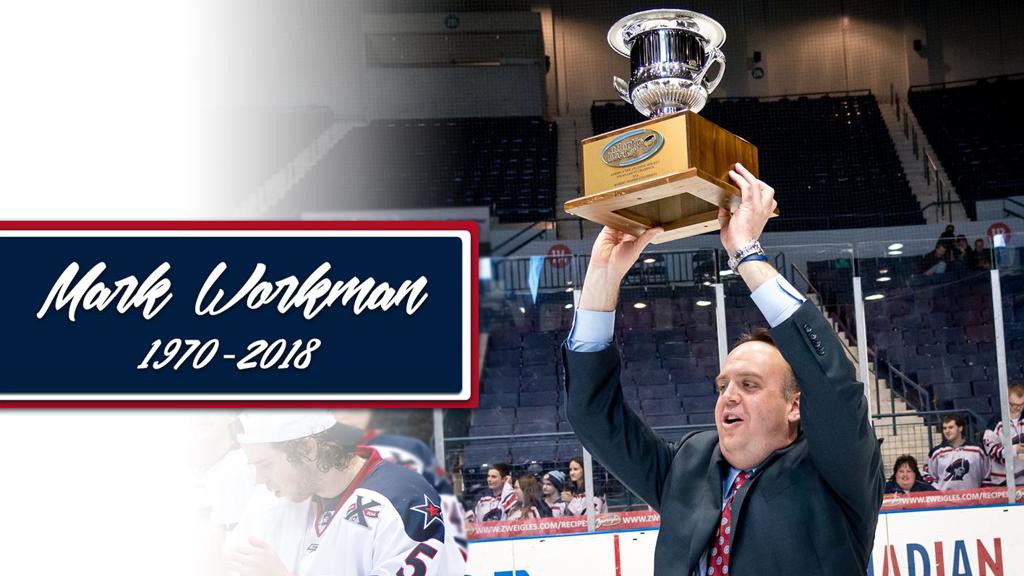