The 2022 Discover NHL Winter Classic at Target Field in Minneapolis on Jan. 1 will not just be an outdoor game between the Minnesota Wild and St. Louis Blues, it will also be a celebration of the "State of Hockey." Part of that celebration will include various hockey teams and clubs from throughout Minnesota skating on one of several auxiliary rinks at Target Field. NHL.com is profiling each of the teams. Today, the Herb Brooks Foundation.

Kelly Brooks Paradise has a collection of all her father's handwritten notes going back to 1980. She said on one of them, Herb Brooks, the late legendary coach of the 1980 USA 'Miracle on Ice' Olympic hockey team, wrote down a quote he often used to use.

"Give the game back to the kids," Brooks Paradise said. "That's what he always said."

That quote has been the guiding principle of the Herb Brooks Foundation since its creation in 2003, shortly after the automobile accident that led to the death of the former coach at the age of 66.

The mission statement of the Herb Brooks Foundation, which is based in Minnesota's Twin Cities of Minneapolis and St. Paul, is "Introducing, providing and maintaining a variety of hockey-related opportunities at no cost for our youth -- while growing the game."

Brooks Paradise said through its involvement in local schools, community centers and after school programs, the Foundation has been putting 2,000 kids into hockey each year. The numbers dipped recently because of COVID-19, but the programs are thriving across the Twin Cities and beyond. 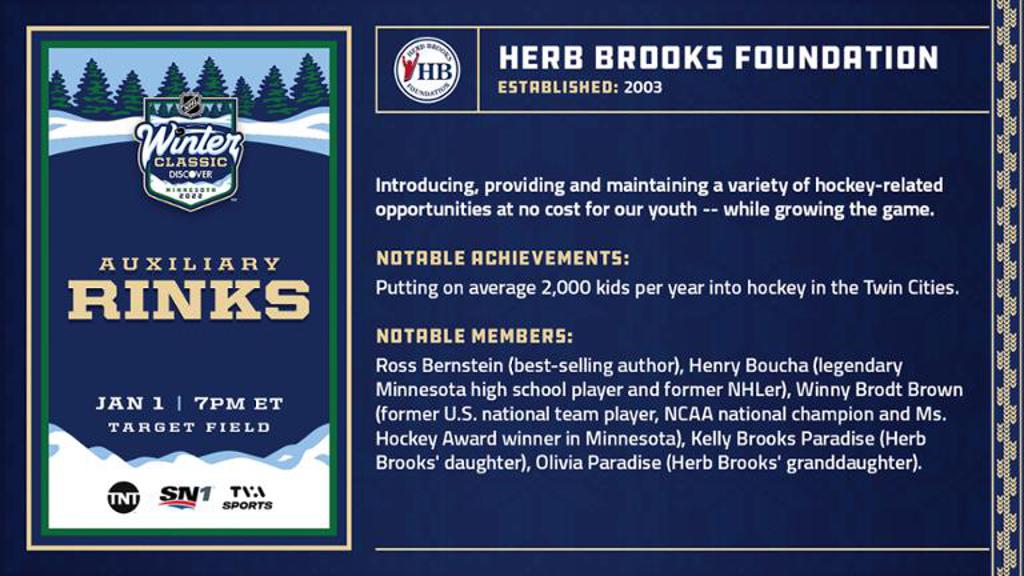 "We're just trying to have these kids have fun, love the game," Brooks Paradise said. "Yes, practice, but learn to love it first. You have to have that passion."

For its efforts, the NHL invited the Herb Brooks Foundation to be part of the celebration of hockey in the state of Minnesota at the 2022 Discover NHL Winter Classic between the Minnesota Wild and St. Louis Blues at Target Field in Minneapolis on Jan. 1 (7 p.m. ET; TNT, SN1, TVAS).

The Foundation will be represented on one of the eight small auxiliary rinks on the field behind the main rink. Brooks Paradise, her twin sons Tommy and Joe Paradise, and eight inner-city kids from Minneapolis and St. Paul who are part of the programs run by the Herb Brooks Foundation will be on the ice before and during the Winter Classic game.

"We are honored," Brooks Paradise said. "We were so thrilled to get the phone call that they wanted to include us. It really just helps maintain our father's legacy. He did so much for the game of hockey, and to be included in a special event just means the world to us."

The Herb Brooks Foundation provides free-of-charge opportunities for kids in the Twin Cities to learn about the game of hockey, how to skate and play, the history behind it and the science of it. They are given skates, equipment, ice time and rides to the rinks if necessary. 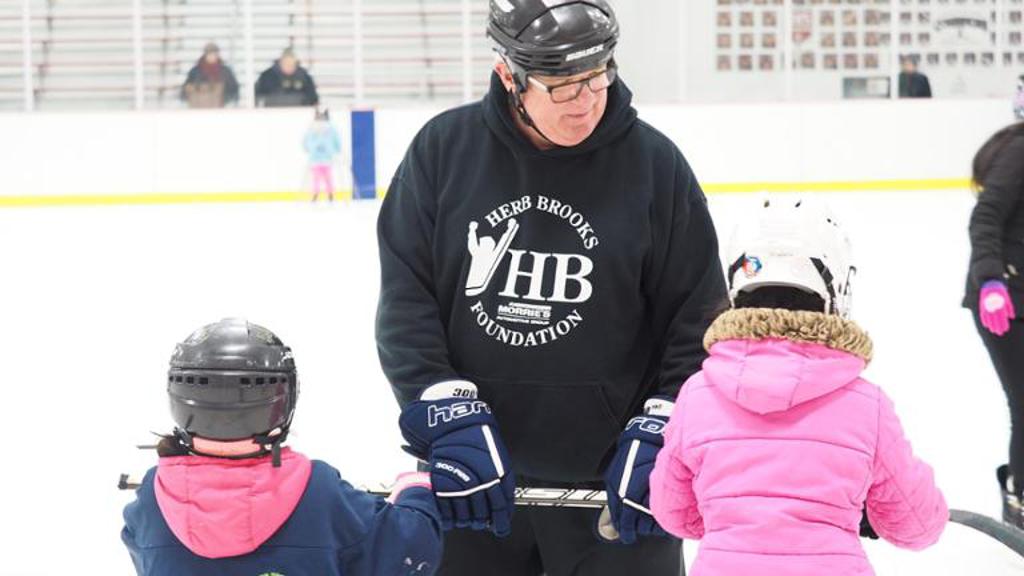 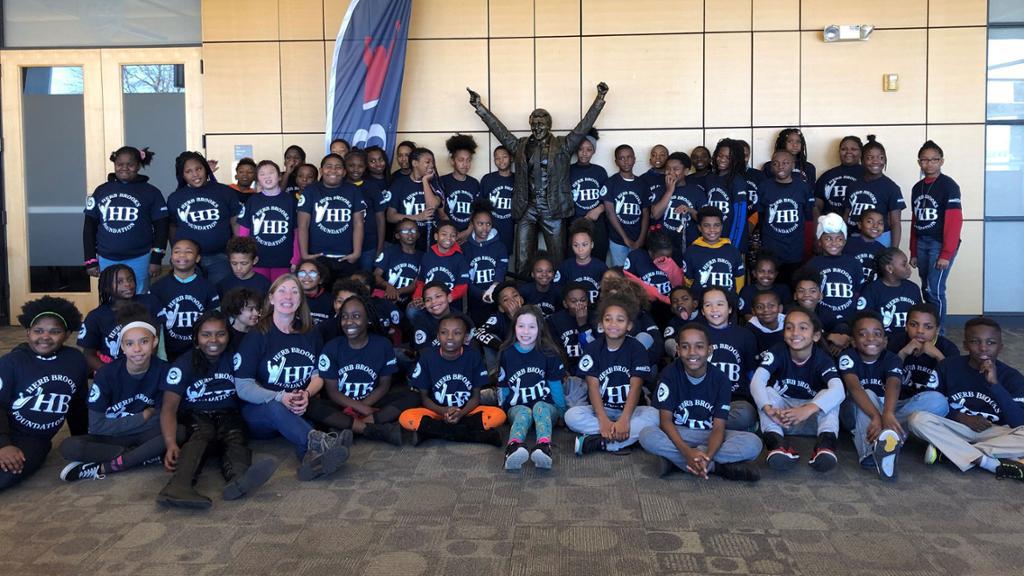 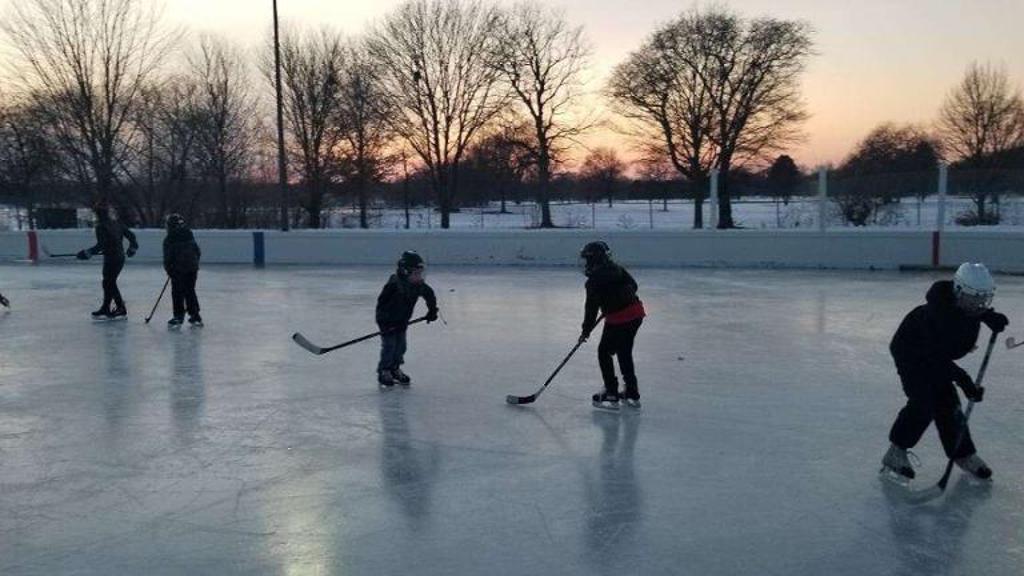 "It's a very diverse mix that we have, and these kids beg to come back," Brooks Paradise said. "It's great."

She said her sons were newly voted into the Foundation's Board of Directors with the intention to bring programs across state borders to Grand Forks, North Dakota, where they go to school at the University of North Dakota.

The University of St. Thomas in St. Paul is becoming active with the Foundation as well. Brooks Paradise's daughter Olivia attends the school, where she is a journalism student and tennis player. She is also a member of the Foundation's Board of Directors.

"My father always wanted to grow the base of the pyramid, grow it at the youth level," Brooks Paradise said. "In Minnesota, if anyone would ask him to speak for their charity hockey event for youth sports he'd be there. He was a big advocate of youth sports, helping out and raising money."

Brooks Paradise said the programs run by the Foundation are inspired by how her father taught, coached and approached the game.

"It's fun for them to learn about my dad and watch the movie 'Miracle' because there is a history," she said. "Sure, they can learn the game of hockey and learn to skate, but they learn a little bit about what happened in the late 70s and the 80s. We talk about it. We talk about believing in yourself. Yes, it's a fun exercise but we talk about it. My dad's favorite word was believe, and we talk about doing things in life, believing.