Matt Olson's positive attitude helps him recover from an injury he suffered over two years ago.

It’s been a long road for Matt Olson.

Matt has dedicated his whole life to hockey ever since he was three years old. Now, he’s 22 and two years removed from a spinal cord injury that ended his playing career. 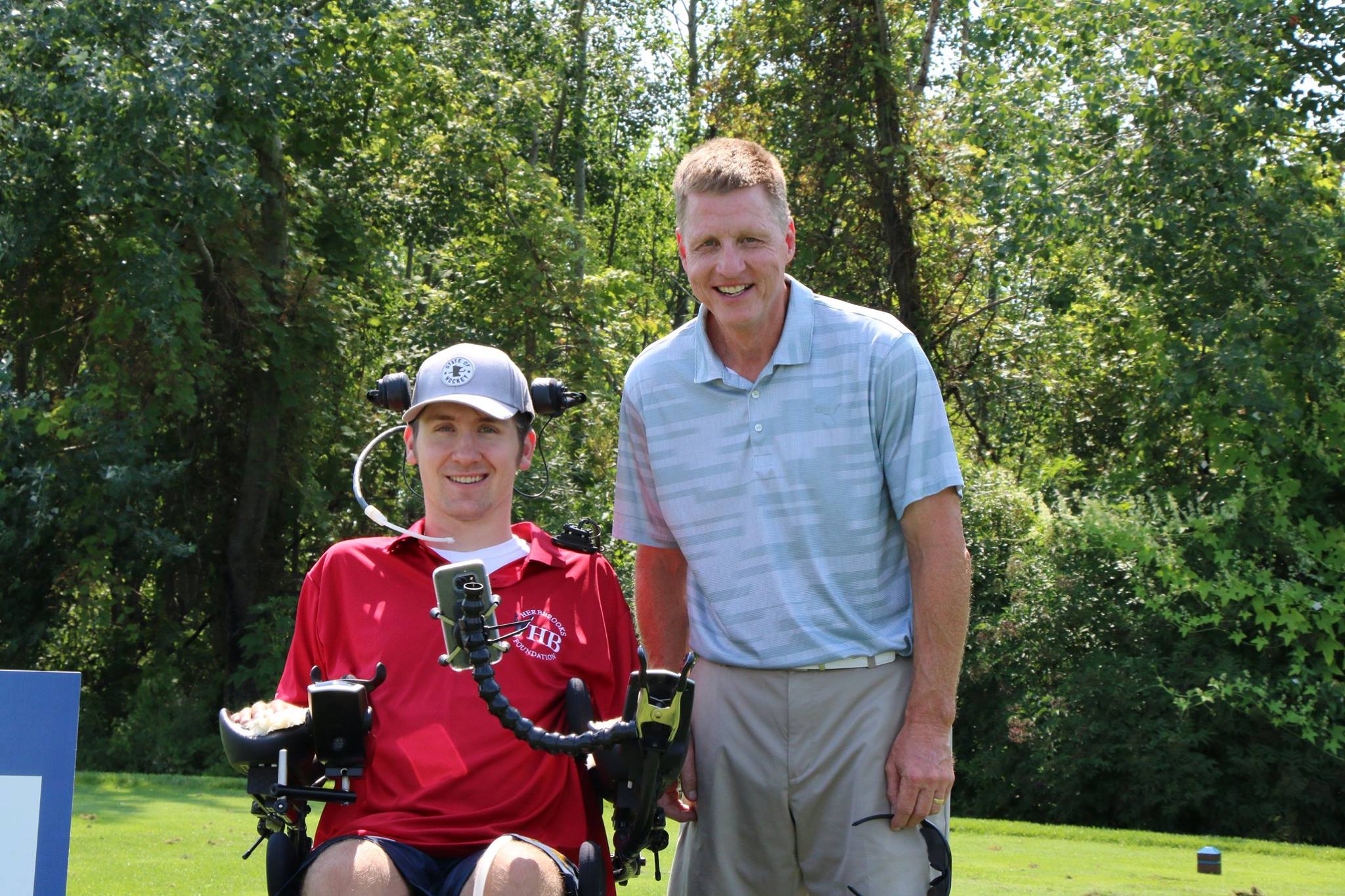 Since then though, his connection to hockey and the community may have never been stronger.

“The hockey family is crazy — everyone knows everyone,” Matt said. “After my accident, the hockey community came so well together. No matter who you like or who you play for, everyone comes together for something really important.”

That bond to the community of the game he loves wasn’t deterred by his injury, Matt said. He became involved with the Herb Brooks Foundation after board member Doug Johnson reached out to him. Matt has one message to kids and parents when thinking about joining hockey.

“I don’t want to see me as an excuse to not play hockey,” Matt said. “but [instead], to play hockey.”

Matt and his dad, Doug, came down from their home in Isanti, Minnesota to join Johnson at the Herb Brooks Foundation’s annual Celebrity Golf Classic. Matt spent time visiting with many people at the eighth hole, which golfers and hockey players alike came to say hello.

The connection to the hockey community is one thing that Matt fell in love with and is part of why he loves hockey and wants to share with others.

New York Islanders forward and former Edina hockey player Anders Lee stopped by to say hello while he was golfing. The two had become fast friends after Matt’s injury. The visit gave them a chance to catch up and for Matt to update Lee how his recovery was coming.

In addition to his bond with the hockey community, his physical strength is returning through rigorous physical therapy. Doug said it has been a long road for his son to get to the point he is at now.

“We never really realized just how sick he was,” Doug said. “It’s so good to see [that] you don’t have to worry about his health from day to day. You can concentrate on his strength and stuff like that.”

Now, over two years after the injury, Doug said he and his wife, Sue, made their first trip away. He had to be talked into it, but said that if anyone knows what Matt needs, it is Matt. Doug said Matt knows his body and what he needs more than anyone at this stage.

Matt said the work he does with the physical training is hard. He said though his mindset isn’t changing because if he ever gets feeling back in his limbs, he wants to be ready to move them.

He just got upright onto a walking treadmill where people help move his legs along the path to mimic walking.

When he’s not a physical therapy, he started going to school again, this time at Anoka Ramsey Community College in Cambridge, Minnesota.

Though he is on break now, he was tasked with creating a project about a cause that is close to him. He chose the Herb Brooks Foundation. For him, he wants to get kids the experience with hockey he enjoys, the close-knit nature of the community.

“I just love the mindset of the foundation and what it’s going for,” Matt said. “Getting youth to play hockey, that’s the one thing I really liked.”